How to become a better programmer.

In this post I am going to discuss four posts I recently read on the subject at hand, please note that I paraphrased their key points, while adding my own input, be sure to read the original posts as well.

Feel free to add additional links on the subject in the comment section, I am always looking for ways to improve my craft.

The first list we're going to look at was written by Adam Turner.


The next 10 "rules" I found at www.codeshare.co.uk, written by Paul Seal, a .NET Web Developer from Derby in the UK.


The next quick list was written By Tobias Gunther, the CEO of fournova.

Become a Better Programmer: 5 Essential Methods at a Glance

The last list we're going to look at comes from a transcript of a video interview with Pete Goodliffe.

Going Beyond Code to Become a Better Programmer

You might find some of the points in these lists contradictory.

But contradiction is perfectly normal in our line of work, we do after all have different ways we think about things, who is right? Who is wrong? Who knows? You can show a piece of code to two different programmers and receive vastly different opinions (hates and loves).

There are more than one way to skin a cat... 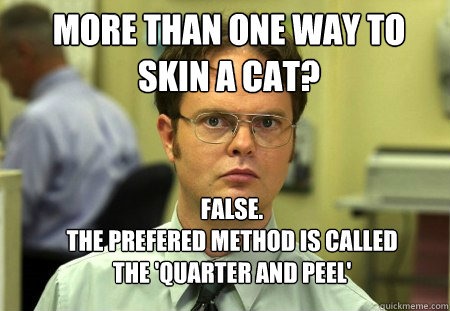 The important thing is to find a balance that works for you.

Now I don't presume to be a good programmer myself, but here is some additional thoughts I would like to add to the subject.