Almost a decade ago I wrote a post about strongly typed PHP, in which I proposed a very crude workaround, essentially faking strong typing using magic methods. The post was met with a lot of mixed reactions, but received quite a lot of visitors over the years (definitely some interest in the subject).

Which basically means we can statically declare all member types if we want to, but we're not forced to (type declaration is optional).

Good stuff, but. there are however a few caveats to be aware of.


Keeping with the extremely relaxed weakly typed system in PHP, the first five instances will accept and convert the arguments passed to the constructor. $b and $c will floor the passed float arguments, while $d simply converts the passed string to an integer.

Instance $e, will warn that the passed value is "non well formed", but will convert it regardless to 33, also consistent with what we've learned to expect from PHP.

It is however possible to apply a more strict set of rules to the passed arguments by adding the following code to your script.


The script will fail when it reaches instance $b, by throwing a TypeError - must be of the type integer, float given, which is more consistent with what we expect in languages like C# for example.

Personally (as you might expect by now), I am a strongly typed kind of guy, I am however a little bit concerned about how this switch might affect the portability of scripts (almost like magic quotes all over again), but that said, I didn't run into any weird unexpected behavior yet. 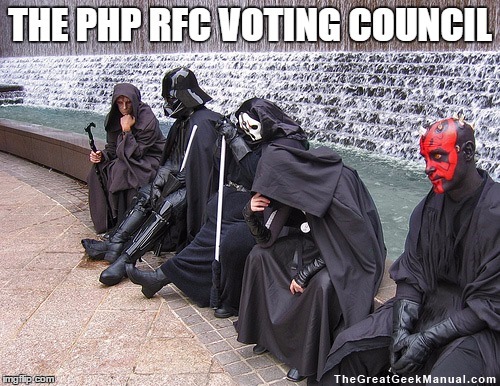 The only part still missing from this equation (making PHP gradually typed) is the ability to declare property types, this has however been proposed in a recent draft document.

Like you might have noticed, I finally got around to playing around with the latest version of PHP (7.0.6 at the time of writing this post). I am planning to do  did a little write-up of some of the new features just to get everybody (and myself for that matter) up to speed.