From time to time a deal comes along that is so fantastic that it just seems too good to be true, if you're interested in getting the "Smartbroadband" LTE uncapped deal from Telkom, do yourself a favour and read this post to the very end, alternatively tl;dr. 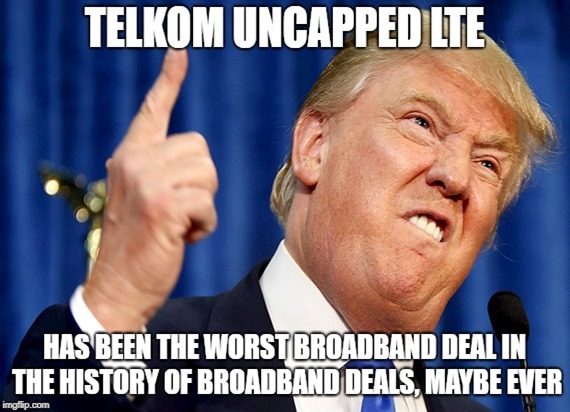 So when I saw the Telkom LTE deal I thought, wunderbar, I will be able to augment my existing internet connections and at the same time save a lot of money with regards to mobile data as well. But Ended up having to rush through to the nearest city (a few light years away) to cancel my contract (within the 7 days cancellation period) - since the agents were either unwilling or unable to help us via cellphone (spent something like R300 in airtime just to hear we had to go into a telkom direct shop).

So lets perform a bit of a post-portem.

Initially I approached Telkom about coverage for the LTE deal and the agents informed me that I am covered for 2G/3G roaming (using the MTN towers), cool, that is acceptable I thought, I could use degraded services in town and when I am out of town (seeing that this is mobile technology) I will be able to use it on the move (agent confirmed thats fine), awesome.

Looking at the current coverage map for 2G/3G roaming, sweet, no problems here. 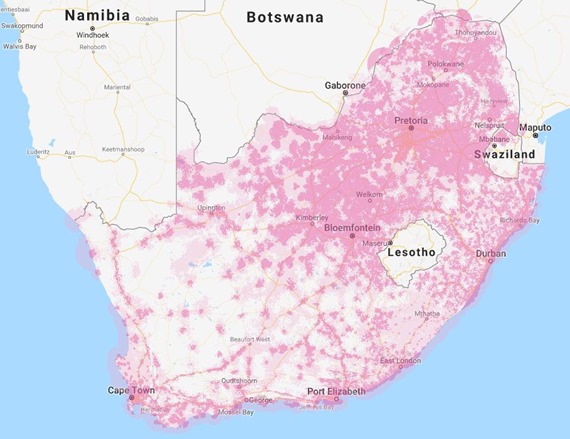 Ok, so the product arrived, nice and shiny, a few days went past, but nothing worked, so I contacted Telkom, they informed me it would take about 72 HOURS to activate the sim card, while the delivery note said it will take up to 48 hours and various other sources stated it shouldn't take longer than 24 Hours.

So eventually 72 hours came and went, so I tried to find the terms and conditions for this product and found that there is a few things the Telkom agent failed to disclose.

WOW ok, so not only are we not allowed to use this product on the move, we're only allowed to use it within Telkom LTE areas, not only is roaming not supported, you won't even be able to use Telkom 3G on its own towers when available.

Looking at Telkom LTE coverage, you will need to wack out your Barney the dinosaur imagination, all the blue dots, barely visible in contrast with rivers and dams, represents Telkom's current LTE footprint in South Africa - no wonder they signed a LTE deal with Vodacom recently (more about this further down). 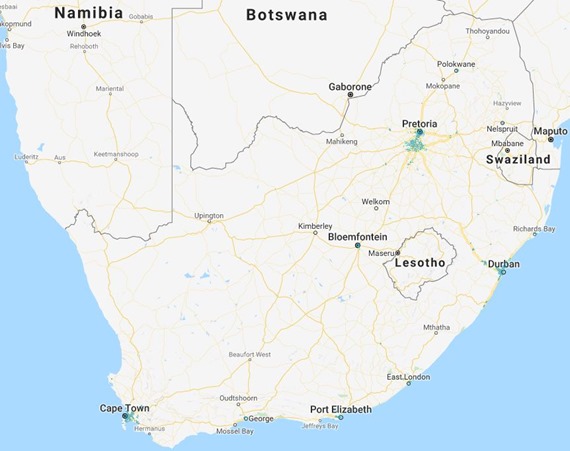 This product will basically just work in limited areas within major metropolitans.

All of this come in two flavours, a business package, limited from 12AM to 5PM for R599 and an all hours package for R899, this is where I call bullshit on this whole deal, what can I get for R899 in a major metropolitan area?

If I still lived in Gauteng (area with the most coverage), would this product even make sense?

That is however limited to a feasibility check first, more realistically for less than R899 you can get a 20Mbps fibre deal with a relaxed FUP.

Guys, must I spell this out, this deal is complete and utter bullshit.

Telkom prematurely pushed this product into the market, since they're desperate to get new customers they didn't do a proper feasibility study - don't get caught out by this.

Recently Telkom signed an LTE deal with Vodacom, LTE's coverage looks something like this. 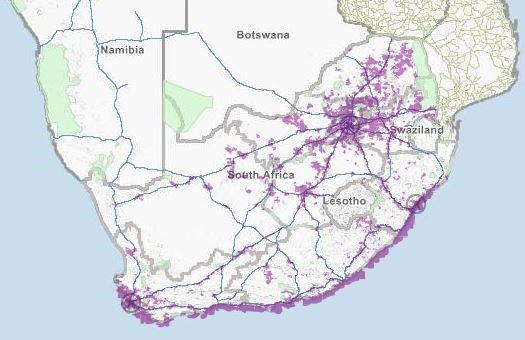 The only way this product will be feasible, is if its available outside Major metropolitan areas (seeing that they have better internet options to start out with). It is currently uncertain if the Vodacom/Telkom deal will have any affect on this package, but if I had to guess, logically Vodacom will most likely not allow uncapped roamed services to Telkom customers - what incentive would Vodacom have?

Hold on to your butt, this is a VERY complicated product.